West Meon Theatre is a community theatre group, founded in 1993 by Mary Dawson.  It‘s membership is drawn from the length & breadth of the Meon Valley and beyond,.

Early in 2010 the group won various awards at the Daily Echo Curtain Call Awards including the much coveted production of the year for Cider With Rosie, the ensemble piece that was performed in the round in an Indian tent in the gardens of the Thomas Lord in July 2009.

This is the second time the group has won this award, the last time was in 2003 with Shakespeare’s Much Ado About Nothing. 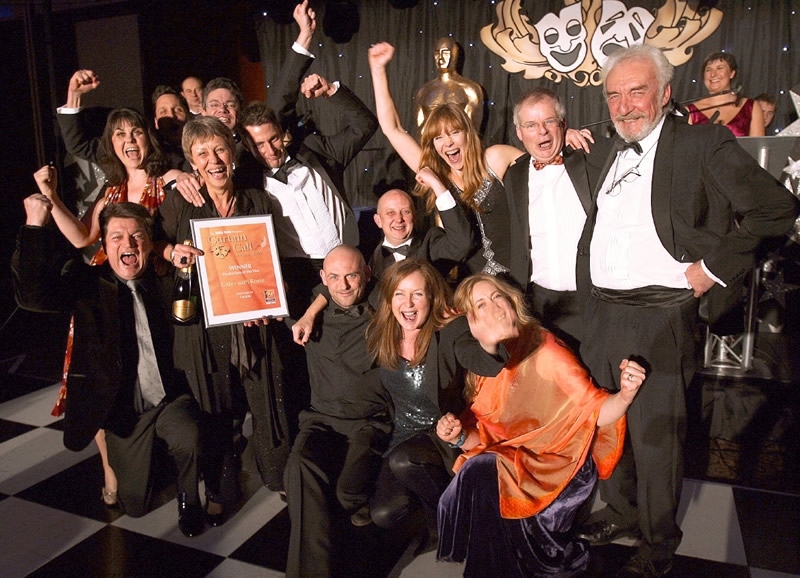 A Child’s Christmas in Wales

Coming back by popular demand a revival of Supper Theatre and Dylan Thomas’s  A Child’s Christmas in Wales, 26/27/28 November. […]

Daisy Pulls it Off

November 2019 DAISY PULLS IT OFF REVIEW Could Daisy pull it off? Well she did, and so did West Meon […]

Watch this space for details.